What is causing your IBS?

As anyone with Irritable Bowel Syndrome already knows, IBS is a condition that can severely limit what you can eat, what you can do, and can strike at any time!

Many people have suffered for years, whether diagnosed or not, and can end up eating a very restrictive diet making eating out and socializing difficult. After a while, this can give rise to anxiety and stress and is often associated with brain fog. It’s so important that we can get you eating a diverse range of foods that support your gut, but first we need to find out what is causing your gut issues.

The Rome IV Criteria is commonly used to diagnose IBS and so if you meet this criteria, IBS is likely:

As the underlying cause isn’t often known by a GP, their only option is to treat only the symptoms using drugs or surgery, or you may be told there is nothing that can be done, or to eat more fiber or Metamucil.

But this is NOT the final answer. Most of these options aren’t effective as they don’t address the underlying causes of your IBS.

If you take one thing away from this post, I want it to be the hope and understanding that it’s possible to improve your IBS.

You can increase the diversity of foods you eat. It is possible to lessen the constant worry about your digestion and improve your well-being and quality of life.

What is causing my IBS?

As a Functional Medicine practitioner, I aim to get to the root cause of health issues. This is important! Only by finding the root cause, can we weed out the health issue for good. Imagine you are pulling a tough weed out of your garden. The weed breaks and leaves the roots behind. By addressing only the symptoms, it’s as if you are pulling this weed out of your garden. When the roots remain, the weed will grow back. It’s better (essential!) to remove the weed by it’s roots.

Some of the possible causes of IBS include bacterial and fungal overgrowth, parasites, slow digestion, food intolerances, gluten disorders, small intestinal bacterial overgrowth (SIBO), high stress, and carbohydrate maldigestion. These issues then tend to be associated with imbalances of bacteria in our gut, a overly reactive immune system and ‘leaky gut’.

In some people,IBS all started with an infection, such as food poisoning.

Remember that time years ago when you were travelling and got sick after eating something?

The toxins released during an infection may have damaged nerves in the gut. Now, when you are stressed, there is an abnormal muscular contraction of the bowel causing digestive discomfort. In this case, the brain can then become overly sensitive to signals of pain or bloating sent from the gut, and it feels like your gut has become overly reactive.

Significantly, up to 80% of people with IBS, have SIBO.  That’s far more than in the general population. Therefore, in people with symptoms, particularly bloating within 120 minutes of eating, it may make sense to test for SIBO.

If SIBO is found, anti-biotics are an option. But many people prefer an approach that is less damaging to the gut bacteria. This approach involves dietary and habit change, and targeted supplements.

A successful approach should always look at the underlying cause of SIBO itself. For instance, a build of methane producing bacteria, associated with constipation, may have been caused by a slow transit time of food (how long it takes to pass through the gut). If that’s the case, steps should be taken to speed up the digestive process, else SIBO is likely to return.

For some people, there may be an overgrowth of particular microbes in the gut. For example, the yeast Candida is a normal resident in our gut but can become overgrown and be problematic. Parasitic protozoa (essentially supercharged bacteria) such as Blastocystis Hominis and Dientamoeba Fragilis, and bacterial overgrowth such as Chlostridia can also cause IBS type symptoms.

When the immune system becomes overly reactive, we lose oral tolerance, and we can find ourselves with an increasing number of sensitivities to foods. This may be associated with ‘leaky gut’.

To read more about the processes behind food sensitivities, you might want to look at my detailed article here.

Food sensitivities are not true allergies but low-grade reactions to foods that may not be seen until hours or days after eating. The British medical journal, Gut, found that eliminating trigger foods identified through IgG food sensitivity testing resulted in dramatic improvements in IBS symptoms in the study’s participants.

Testing for food sensitivies is a bit of a minefield and I suggest you work with a practitioner such as myself to guide you. An elimination diet that removes likely trigger foods from your diet for 4 to 8 weeks can be useful. After that time, foods can be re-introduces and reactions to the foods closely monitored.

When working with someone, I always start with diet, and consider removing the possible trigger foods and / or high FODMAP foods (see below). Common trigger foods may include gluten, dairy, added sugar, soy, corn, oxalates or foods containing high levels of histamine or food additives.

There is considerable research showing the effectiveness of a low FODMAP diet to remove symptoms and associated inflammation of IBS. FODMAPs are types of sugars that are fermented by our gut bacteria and this may cause bloating and IBS type symptoms in some people.

FODMAP foods tend to be healthy, fibre rich foods, that feed our good gut bacteria, and so we work towards being able to re-introduce most of the eliminated foods.

This questionnaire can be used as a guide to help you identify where in your GI tract may be your greatest priority.

PS/ If you submit this form, I’ll get back to you with some feedback/advice..

What if I’ve looked at these causes, and I still have IBS?

In many cases of IBS, our guts have become overly sensitive. Certain foods or a build-up of gas (bloating) affect us more than in other people, even when eating a healthy diet and doing all the right things.

If you have improved your diet, ruled out food sensitivities, and parasites, then your IBS likely involves disturbed neural functioning of the gut-brain axis. In which case, you may need to work with the brain as well as the gut (see what do I do next?).  Hypnosis and the Dynamic Neural Retraining system, as well as working on the gut-brain connection with a practitioner such as myself.

What do I do next?

In most cases, it is possible to identify your personal causes of IBS – It doesn’t have to be just a label attached to untreatable symptoms. Solutions can be found if you look at the underlying causes and address them.

For a more detailed overview of the steps to fix your gut health, have a look at this article.

By taking steps such as these, and seeking out the underlying causes of IBS, you can really improve your health and finally overcome your digestive disorder. 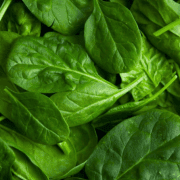 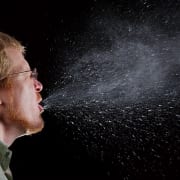 Learn the symptoms of SIBO, and how to treat the types of SIBO so that it’s gone for good..