What are Reflux and GERD?

Acid reflux is one of the most common digestive disorders in Australia, affecting 10-15% of the population and is increasing in prevalence. The symptoms can range from mild and annoying to severe and include heartburn, chest pain, regurgitation, and nausea. Long-term reflux has also been linked to increased rates of oesphageal cancer. It’s definitely something you want to avoid!

Gastro-esophageal Reflux Disease (GERD) is a more serious form of reflux. As a side note, in Australia, you may find reference to GORD, rather than GERD, due to the different spelling of (o)esophagus, but we will use the GERD abbreviation in this article.

The conventional medical approach to reflux is to treat the symptoms by consuming antacids or taking acid lowering drugs such as PPIs. Unfortunately, not only does this approach fail to adequately address the symptoms, they can make matters worse…

How your Antacid is Making you Sick

Antacids treat the symptoms and discomfort of heart burn without addressing the underlying cause. As soon as you stop taking them, the discomfort returns. There is little money for a pharmaceutical company when they actual cure a disease (no repeat customers!) and some would argue that this leads to the ongoing marketing of short-term solutions and lack of information around the real cause of health issues such as this.

Furthermore, there are consequences of regularly taking antacids and acid stopping drugs:

When acid blockers and antacids were first introduced to the market, it was recommended that they were used for a maximum of six weeks. Indeed, they can be useful to provide short-term relief but the problem is longer term that can lead to these side effects.

So what can you do?

A Symptom is Not a Cause: Not Enough Stomach Acid?

But first, I think it’s important to learn a bit more about why acid-reflux develops…

The idea that too much stomach acid causes reflux and GERD is common in the media and the general public. But the scientific literature centers around the theory that GERD is caused by a dysfunction in the spinchter, known as the lower esophageal valve (LES), which separates the stomach from the lower end of the oesophagus.

Normally, the LES only opens when we eat to allow food to pass into our stomach. It doesn’t matter how much acid there is in the stomach; Acid can not rise up through the LES into the oesophagus when it is closed. But if the LES is malfunctioning, either because of a physical defect or because of abdominal pressure (we’ll get on to this), the stomach acid rises back into the sensitive oesophagus and gives the painful symptoms of heart burn.

Treating gastroesophageal reflux disease with profound acid inhibition will never be ideal because acid secretion is not the primary underlying defect.

The most common causes of acid-reflux are

Most often, these three causes are present together and are connected…

Dietary triggers can include alcohol, dairy, gluten, caffeine, processed foods, fructose, FODMAPs (more on this later). The easiest way to find out if foods are triggering your reflux or GERD is to do an elimination diet where you cut out these potential triggers from your diet.

The Paleo diet is a good option as it removes many of the common inflammatory foods. With a diet like this, you should be seeing some benefit in three weeks or so. If you aren’t seeing the improvement you would like, then that’s telling you that you are not getting to the underlying cause…

Excessive gas may be produced by a bacterial overgrowth in the gut. This gas this causes an increase in intra-abdominal pressure (IAP) which pushes the contents of the stomach, including stomach acid, into the oesophasgus.

But what could be causing the bacterial overgrowth?

At a PH of 3, bacteria in the stomach can only survive for 15 minutes but at a PH of 5, bacteria begin to thrive. And a trial has been conducted which confirmed just this effect. 30 people with GERD were treated with a high dose of Prilosec (40g/day), a PPI that reduces stomach acid, for at least 3 months. 11 of the 30 Prilosec-treated people developed significant bacterial overgrowth, compared with only one of the ten people in the control group.

Once food intolerances and physical defects of the LES are ruled out, heart burn and GERD are likely caused by bacterial overgrowth and too little stomach acid. If someone is overweight, working to reduce weight can also be helpful.

So our goal is now to reduce the bacterial overgrowth and increase the acid. This can be done in three steps (and is a similar approach used to regain gut health for reasons other than reflux):

To Reduce the bacterial overgrowth, a low carbohydrate Low-FODMAP diet, together with probiotics is effective. A combination of probiotics, namely Sacchromyces Boulardi, a Lactobacillus / Bifidobacterium blend, and soil based probiotics are likely to be effective for this purpose. You may find the most benefit when combining these three different types. A low-histamine diet can also be trialed.

For sensitive people that feel warmth in their stomach from 1 capsule of HCL, apple cider vinegar before meals is an option. A program to support the gastric lining for 6-8 weeks may be necessary (speak to me about this).

After a period of supplementing HCL, many people find that they are then able to reduce their dose..

Note, HCL should never be taken by anyone is using any type of anti-inflammatory medication (e.g. Ibuprofen or other NSAID) or corticosteroids (e.g. predisone). These medications can damage the gut lining and the supplementary HCL could aggravate this, causing bleeding or an ulcer.

Once we have reduced any bacterial overgrowth and any possible drivers of low stomach acid, and then replaced the low acid, we still need to repair the gut.

Repairing the gut means reducing the increased intestinal permeability (leaky gut) which may be present, supporting the gut immune system and re-balancing the gut bacteria. A re-balanced gut microbiome should support gut barrier function, decrease inflammation and balance the immune system and not produce the excess gas associated with additional pressure and reflux.

We can make use of probiotics and supplements to support the intestinal immune system and provide the building blocks needed for the gut to repair itself. Particular foods such as fermented foods, bone broth and soluble fibres can be helpful. Soluble fibres are prebiotics which act as fuel for the good bacteria in our gut. You can read more about repairing the gut in this article.

If you have any questions, I’m always happy to help so please get in touch. To know more about how you can work with me, you can find out more here. 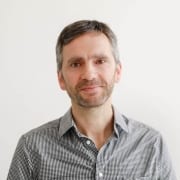 Stephen Ward (MSc) is trained in assessing the root cause of chronic health issues through Functional Medicine.

He uses nutrition, lifestyle changes, and nutraceuticals (targeted supplements) to help you achieve your goals and improve your health. 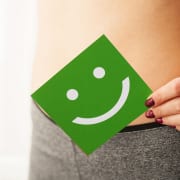 How to heal your gut using food, lifestyle and supplements 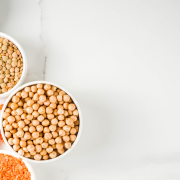 How to use the Low FODMAP diet to heal your gut 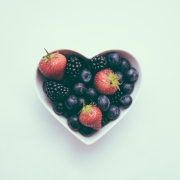 How good is your first line of defense? 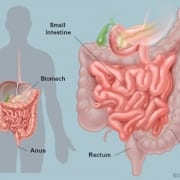 What causes SIBO and why it’s so hard to treat 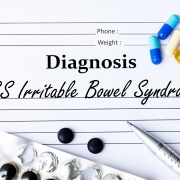 Understanding the underlying causes of digestive discomfort and IBS 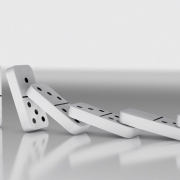 Improve your Digestion through the Digestive Dominoes Principles
0 replies

Why are my iron levels still so low?